Whew! I'm beat! I just finished a project that Elise and I had been talking about for some time. Said project being a new kitchen floor! We were in the works to have something installed by Home Depot, but that was a major headache and we eventually put it on hold because it had just become too much trouble. We had moved onto our next project of getting some ceiling fans installed. Since we have a concrete ceiling and no existing light fixtures this is not a simple task. We recently found someone that lives in our building and is a contractor, so on our trip back to the Depot to buy some fans for him to install, we stumbled on to some Do-It-Yourself flooring and $80 later we walked off with the means to achieve our original project goal.

This is the before picture (the fridge isn't always that far out, we had moved it away from the wall) 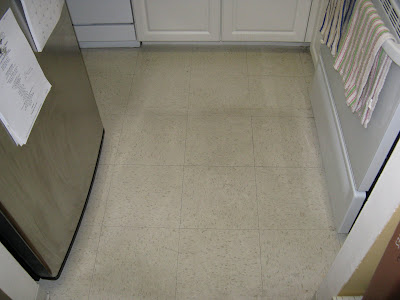 Aaaand, 4 hours, one sliced open knuckle and a rip in my pants later, Viola... 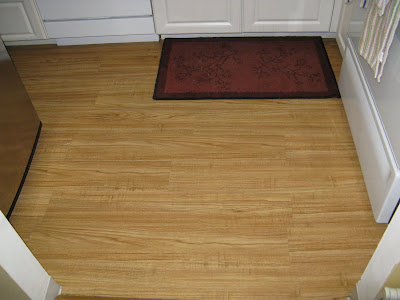 Not too shabby! It makes the kitchen much more inviting and more pleasant (and hopefully less blinding when you turn the light on first thing in the morning).

My other project was finished on Saturday. I had decided that I wanted a personalized avatar for use online instead of the "Mad Men"avatar I had been using. I figured it was poor advertising for my art to NOT have a personalized avatar. Elise loved this idea and asked for one for herself too. I had started this project about 2 weeks ago, I had a few bad starts and had wasted a few hours before settling back on my original idea (Illustrator instead of Photoshop). It took me probably close to 12 hours to finish Elise's avatar in the end, but in that time I learned quite a few tricks, so many that once I finished her avatar I started mine and completed it in a half hour! Here are the finished pics: 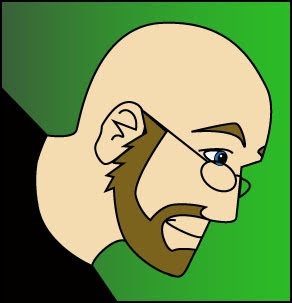 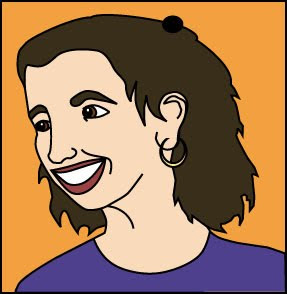 I think I could continue to tweak Elise's, hers is a bit more complicated than mine (which is more stylized) and I could probably simplify it a bit more, but overall I'm really happy!
Posted by Dan Cleri at 4:13 PM